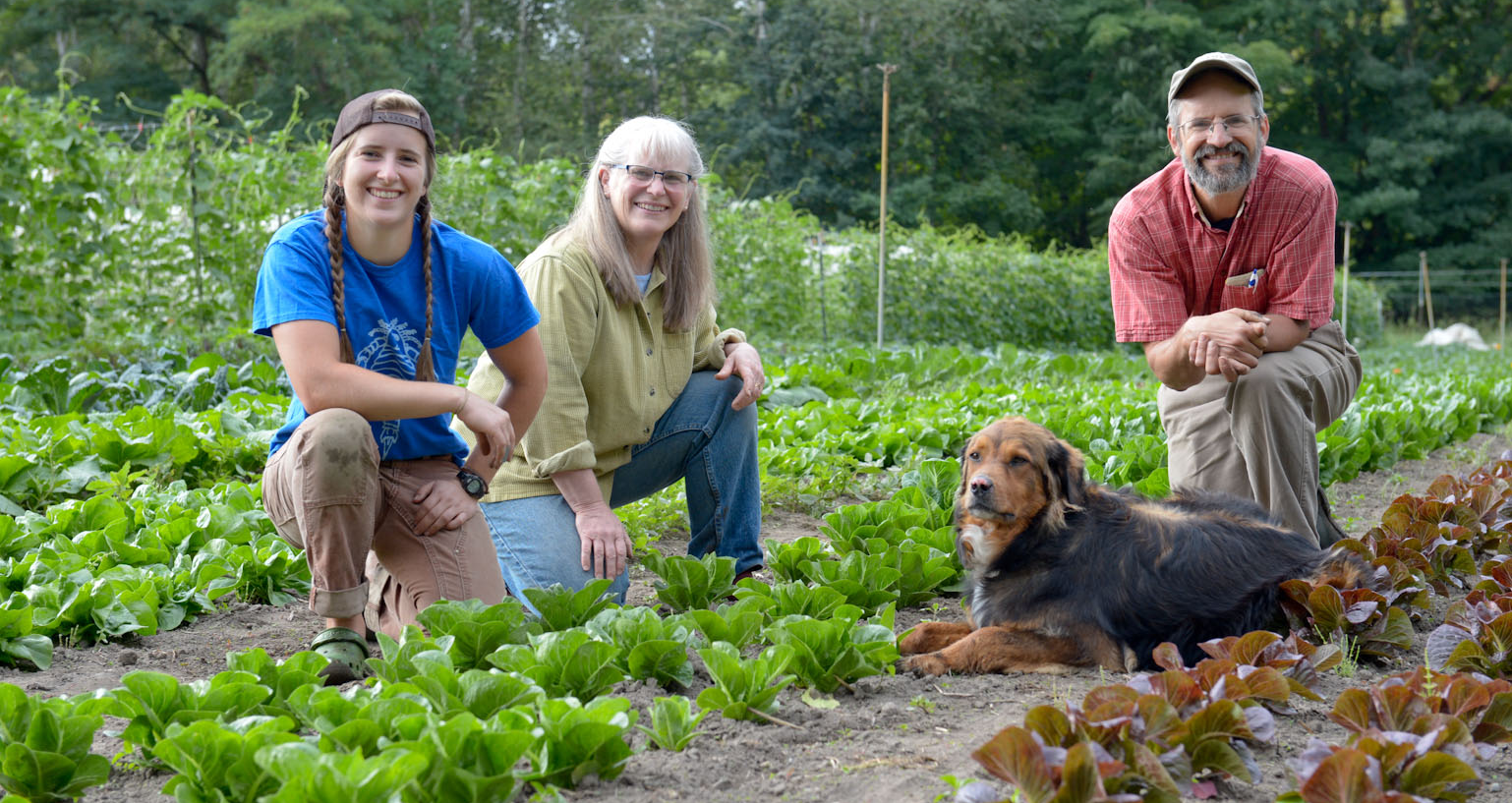 Kim and Mike Finger with their daughter and pup on the farm. Photo by Diane Padys 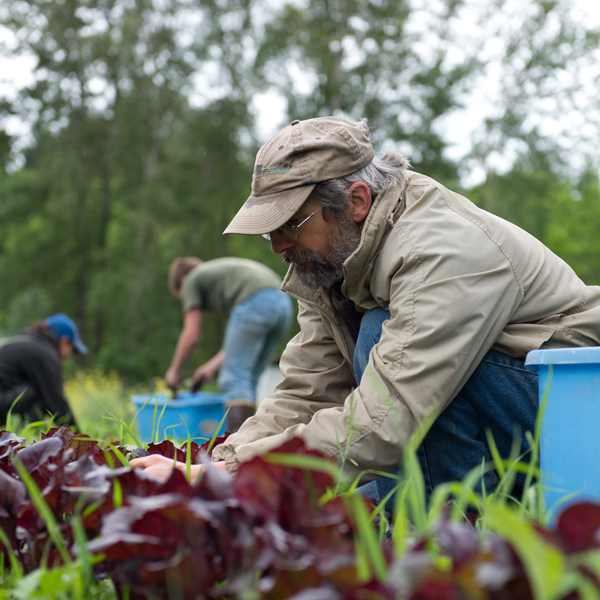 Mike working hard on the farm! Photo by Diane Padys

We forget what freshly tilled soil smells like after it rains. We don’t know how talkative, or observant, a clutch of turkeys are. We miss the sound of carrots being tugged from the earth. In our world today, we are consumed with how to make a living but seem to pay less heed to what it takes to make a life.

Sitting at the breakfast table with Mike and Kim Finger on a cool and drizzly fall morning, talking about the last 30 years spent in their home and on this land, I couldn’t help but be moved by the life they’ve built.

They started from scratch, growing a farm and family, their children working summers and farmers markets, their farming business expanding and changing from year to year. Cedarville farm was the first to offer Community Supported Agriculture shares North of Seattle and founded the Bellingham farmers market, helping an entire community of people reconnect with local food.

Kim and Mike originally met at Evergreen College where they had come to study biology, becoming good friends over the years and eventually getting married after they graduated. Kim continued her studies, obtaining a nursing degree that has helped provide steady income and benefits over the up and down years of farming,  but like so many of us who go to college for one thing and then end up doing another, Mike never originally intended to be a farmer. 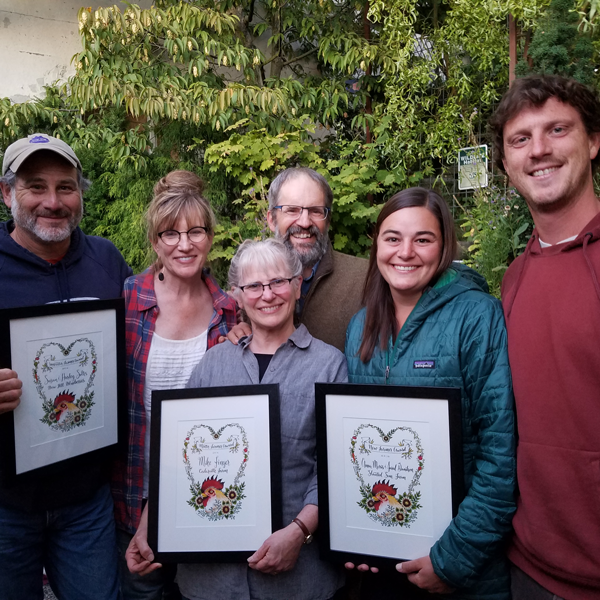 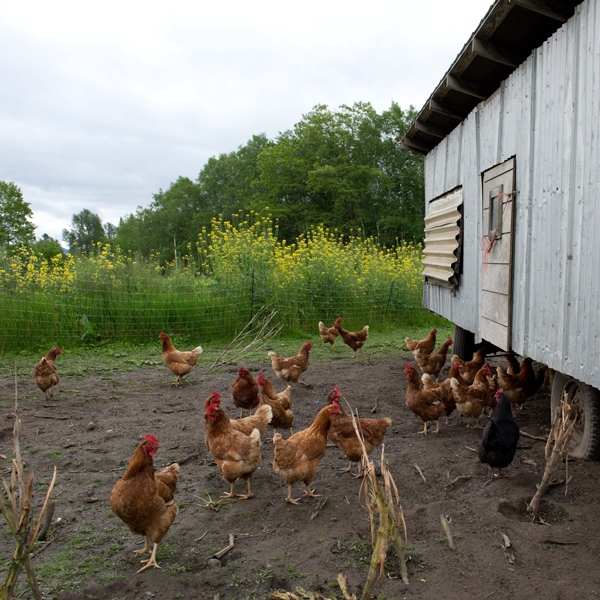 In fact, one of his first introductions to agriculture he might have just as easily missed as he was sure the lecture on agriculture in Great Brittan was sure to be boring. Thankfully it ended up being the opposite, introducing him to a way of living he hadn’t heard about, weaving its way into his interests and imagination. It might have even been the impetus to pick up Wendell Barry’s The Unsettling of America a few years later which shook loose a calling and prompted Mike to look for a farming apprenticeship that lead him to Whatcom County.

Over the years Mike and Kim got to know Tom and Cheryl from Cloud Mountain and Karen and Vernon Leibrant from Applewood Farm. They became part of a welcoming and caring community and eventually staples of the farming community. They ended up renting an organic raspberry farm and leasing a few more acres down the street, excited to be on the cusp of the new organics movement and learning how to grow everything from broccoli to bok choy with each passing season.

There they raised three children and were some of the first employers for a number of people who ended up building their own farms including Amy and Skuter Fontaine who owns Terra Verde Farm and Gretchen Woody of Spring Frog Farm. Their kitchen table swelling with happy kids and employees in the summer months.

Today the kids are grown but Kim and Mike are still farming, with new help every season. The farm is still gorgeous and thriving, and though they’ve been here for years they still need new eaters and continue to be passionate about providing healthy food for our community. When I asked about what they wanted us to know most about their farm, they settled on one word to sum it all up: gratitude. For all those who have supported their family and Cedarville, from longtime customers to their mentors and employees, Whatcom County has been an incredible place to farm. 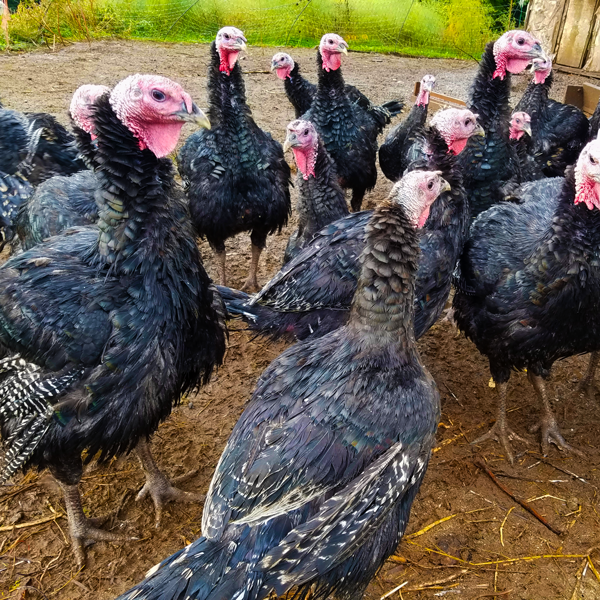 Happy Cedarville turkeys, they were so incredibly talkative!

To meet Mike and try Cedarville produce for yourself head down to the Bellingham Farmers Market, open every Saturday through December. You can also get your Thanksgiving turkey, or a Thanksgiving chicken for the smaller family if you’d like to grace your table with a delicious local bird just send Mike an email!