We are the music makers, we are the dreamers of dreams. 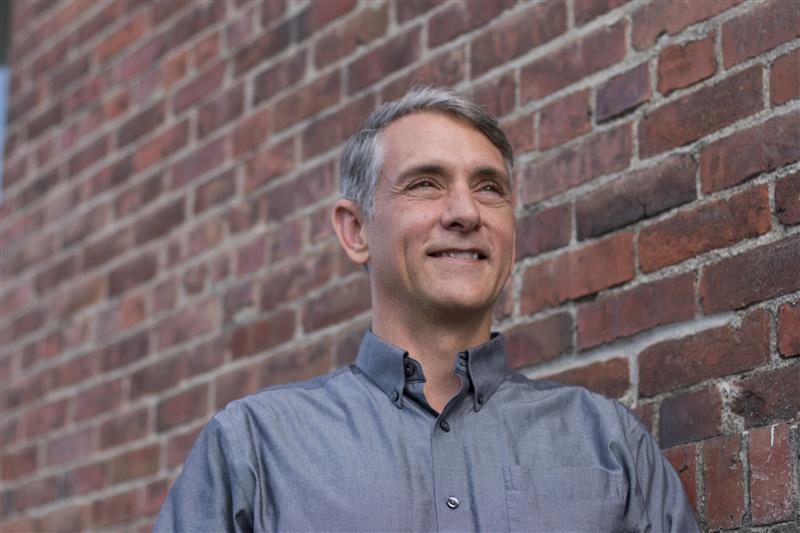 Derek has a long record of entrepreneurism and program development in government, for-profit, and nonprofit sectors. He co-founded Sustainable Connections in 2002 and became Executive Director of Cloud Mountain Farm Center prior to an anticipated merger with Sustainable Connections at the end of 2018. Derek was also the first co-National Coordinator of the Business Alliance for Local Living Economies (BALLE) in 2002. He is deeply committed to creating a community that works well for all people, and believes our region is rich with the potential to do so.

Before his foray into the nonprofit world, he co-founded Viatru, an online Fair-Trade retail service, and also worked with the Federal Reserve Bank. Derek attended the University of Toledo, where he received a Bachelor of Arts in Business Administration with Honors. He has served on the boards of the Washington Business Alliance, Waterfront Advisory Group, Countywide Affordable Housing Task Force, Community Food Co-op, and Cloud Mountain Farm Center. 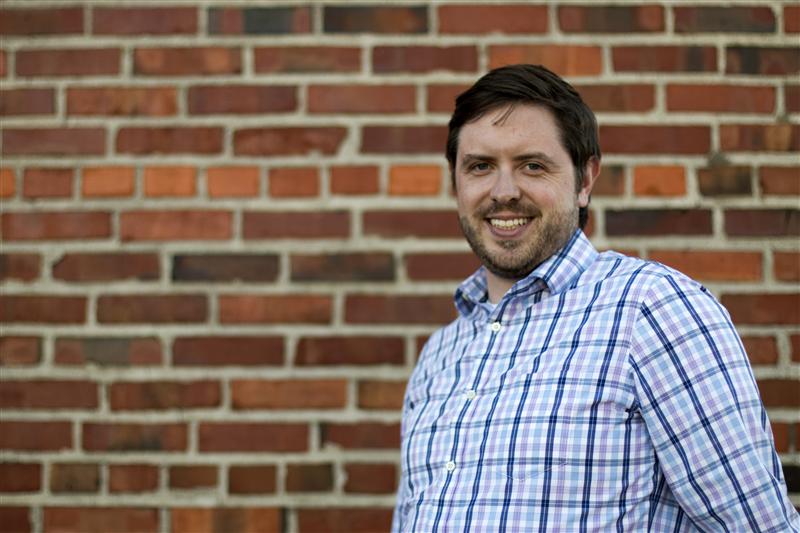 After working for six years with a major humanitarian charity accredited by the UN, Sam has spent the better part of the last decade helping nonprofits succeed financially. He is deeply committed to growing Whatcom County and Sustainable Connections into the very best possible versions of themselves. Sam has an incredible eye for detail and ability to manage the minutia of local and federal grants — a skill all of our program managers are exceeding grateful for! He graduated from the University of Oregon with a Bachelor’s in International Studies and currently manages all of Sustainable Connections’ donor programs, grants, and financial engagement strategies. 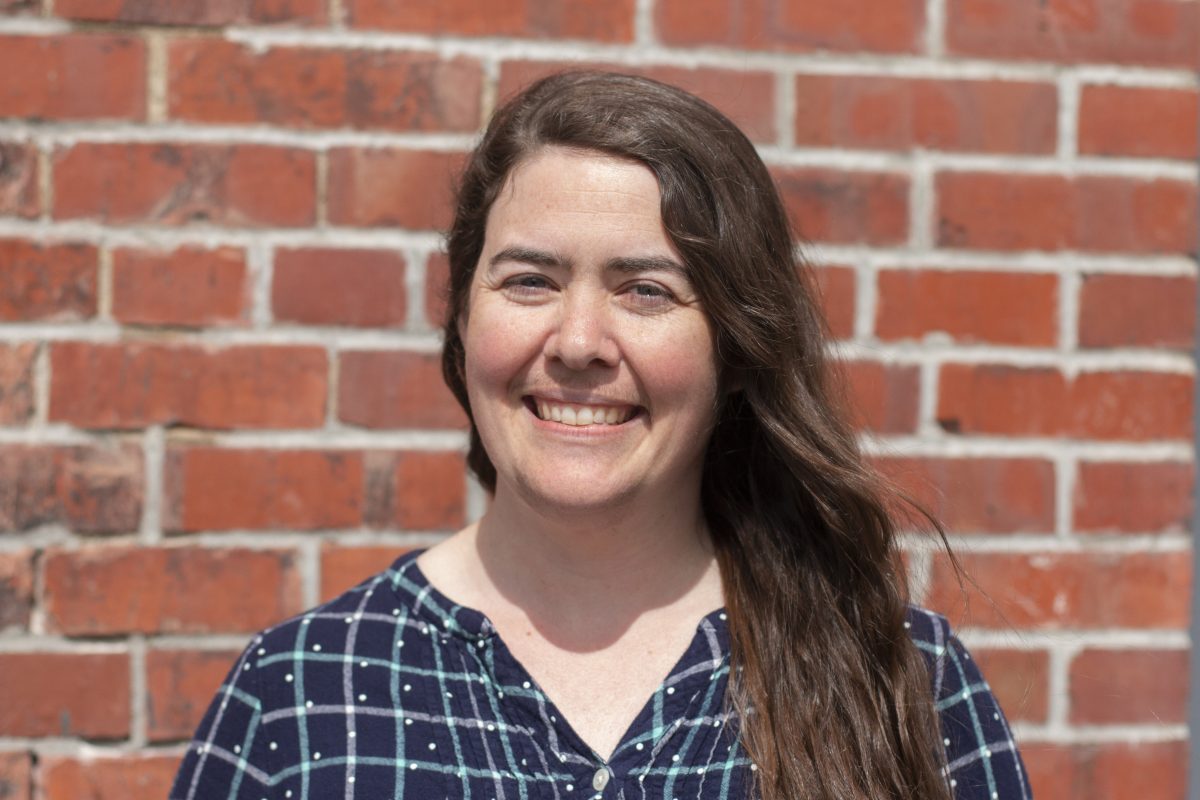 Mary joined our team in Spring 2019, eager to demonstrate her commitment to providing attentive service and support for Sustainable Connections’ staff, stakeholders, and mission through careful listening, observation, and collaboration. Mary has experience with federal government contracts that involve complex environmental investigation and remediation services. She also comes to us with higher education administration experience from Western Washington University’s Computer Science Department, where her core focuses were to promote an encouraging and welcoming educational environment for all students, while expanding and growing to meet a significant increase in student demand. Mary has been a volunteer organizer for the Cascadia Skillshare Faire, to build community resilience by sharing and expanding the breadth of valuable skill sets our community members possess. She is personally passionate about each of our programs, which increases the excitement, anticipation, and shared joy of witnessing well-thought out ideas put into action to bear fruit! 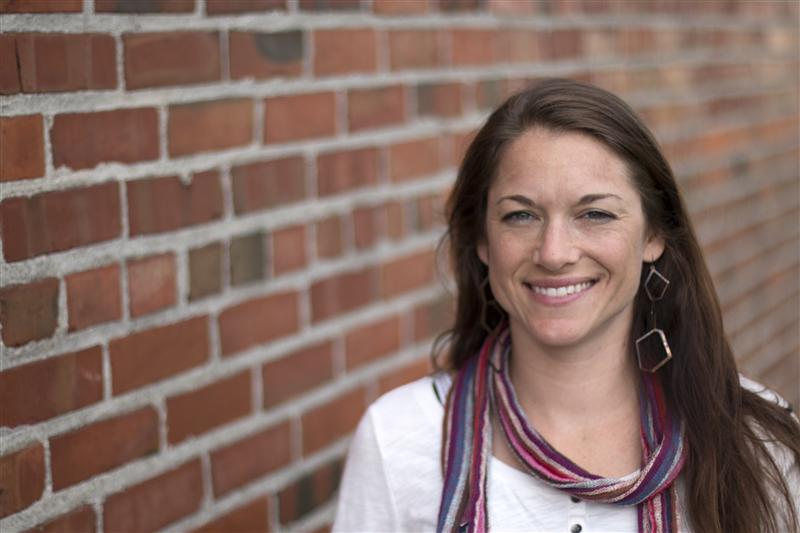 Rose has been involved with Sustainable Connections in one way or another since the very beginning! As a local leader in the green building movement, she has been instrumental in establishing some of Bellingham’s most-loved building projects including Millworks Cohousing, KAPOW!, and Solarize Whatcom. Rose obtained her Bachelor of Arts in Planning and Environmental Policy from Western Washington University, and is a LEED Accredited Professional and Certified Sustainable Building Advisor. Rose was also named as one of the 2016 Under 40 Honorees by the NW Energy Coalition! She is continually energized by the innovation and creativity in our community and is committed to helping Bellingham create spaces that transform, nourish, and reflect the beauty of our place. 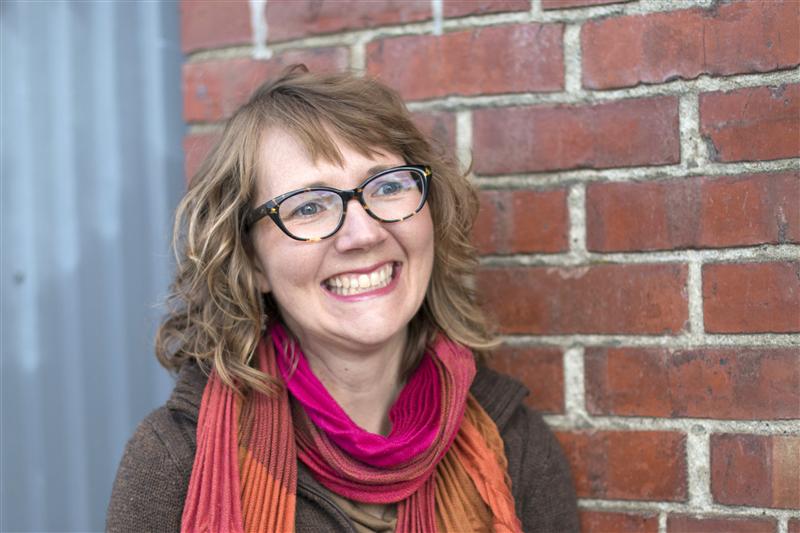 Amy makes our world beautiful and is the genius behind Sustainable Connections’ communications strategy! She has an extensive background in various marketing and sales roles, including owning her own firm, Fidalgo Designs. She’s been with Sustainable Connections since 2013, and has headed several large communications projects like the Bellingham Energy Prize, in addition to being the artistic force behind our content and collateral for programs and events. She holds a Bachelor of Fine Arts in Graphic Design from the University of Minnesota – Duluth, and is driven to create messages that inform, motivate, and inspire action through thoughtful design. 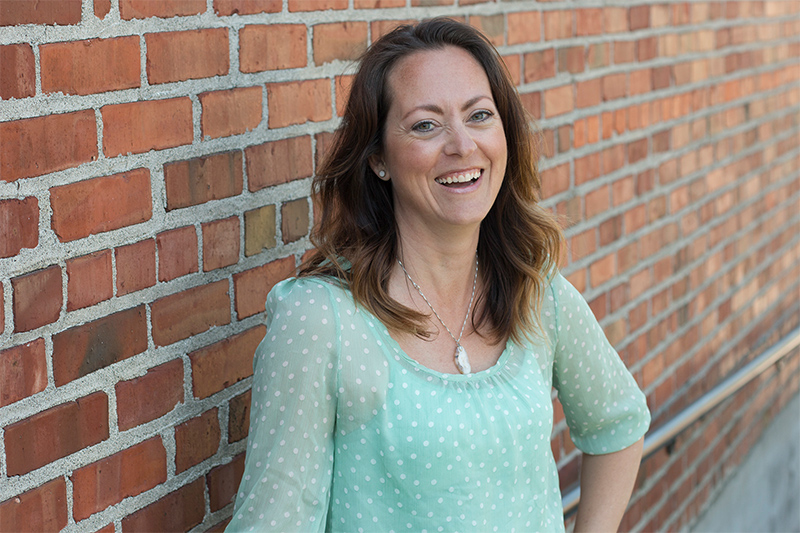 Maressa has a wide range of marketing experience, garnered from working with all kinds of organizations from small family businesses to high volume retail outlets. With over ten years in graphic design, website development, and communications she is a wealth of knowledge. She’s also passionate about creating a sustainable food system, and educating people — especially children — about how to find, prepare, eat, and enjoy fresh local food! She has held a variety of roles for both nonprofits and private entities, managed retail stores, and previously helped a manufacturing company excel as its Director of Marketing. She has volunteered with the University of Washington Autism Center, and multiple community based organizations. Spend a few hours with Maressa, and you will be sure to notice a deep love for Bellingham and the Pacific Northwest. 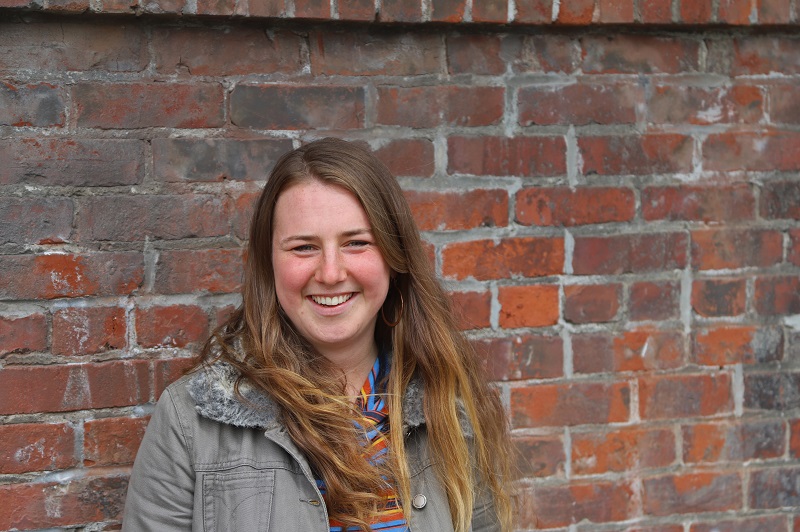 Annika came to Sustainable Connections in 2021 with a deep love of community, food, justice, and sustainability. She gathered these interests as a student at Macalester College, an educator with nonprofits and public schools, a Fulbright Scholar in India, and an engaged public citizen in Bellingham. Annika is excited to facilitate meaningful connections that inspire people to create positive change not just in their lives, but in the lives of those around them. Outside of work, she spends her time hiking, biking, cooking, and reading. 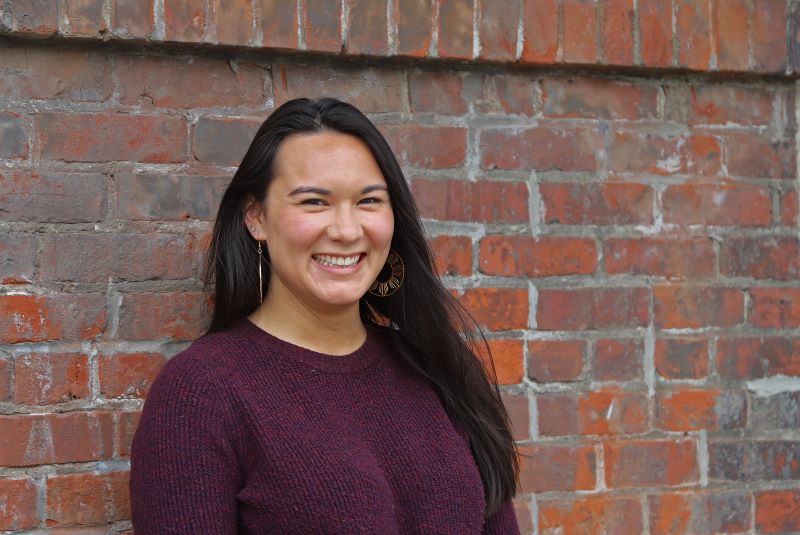 Curious by nature (literally and figuratively), Megan is always up for learning a thing or two. She started at Sustainable Connections in 2021 with the excitement of sharing what Sustainable Connections is all about. With a B.S. degree in Environmental Science and minor in Geology from Western Washington University, Megan loves talking about all things science especially native plants and salmon. Her experience in environmental outreach and education make it easy for her to connect with anyone wanting to know more about science and sustainability. Megan loves calling Bellingham home and is ready to give back to her community in more ways than one! 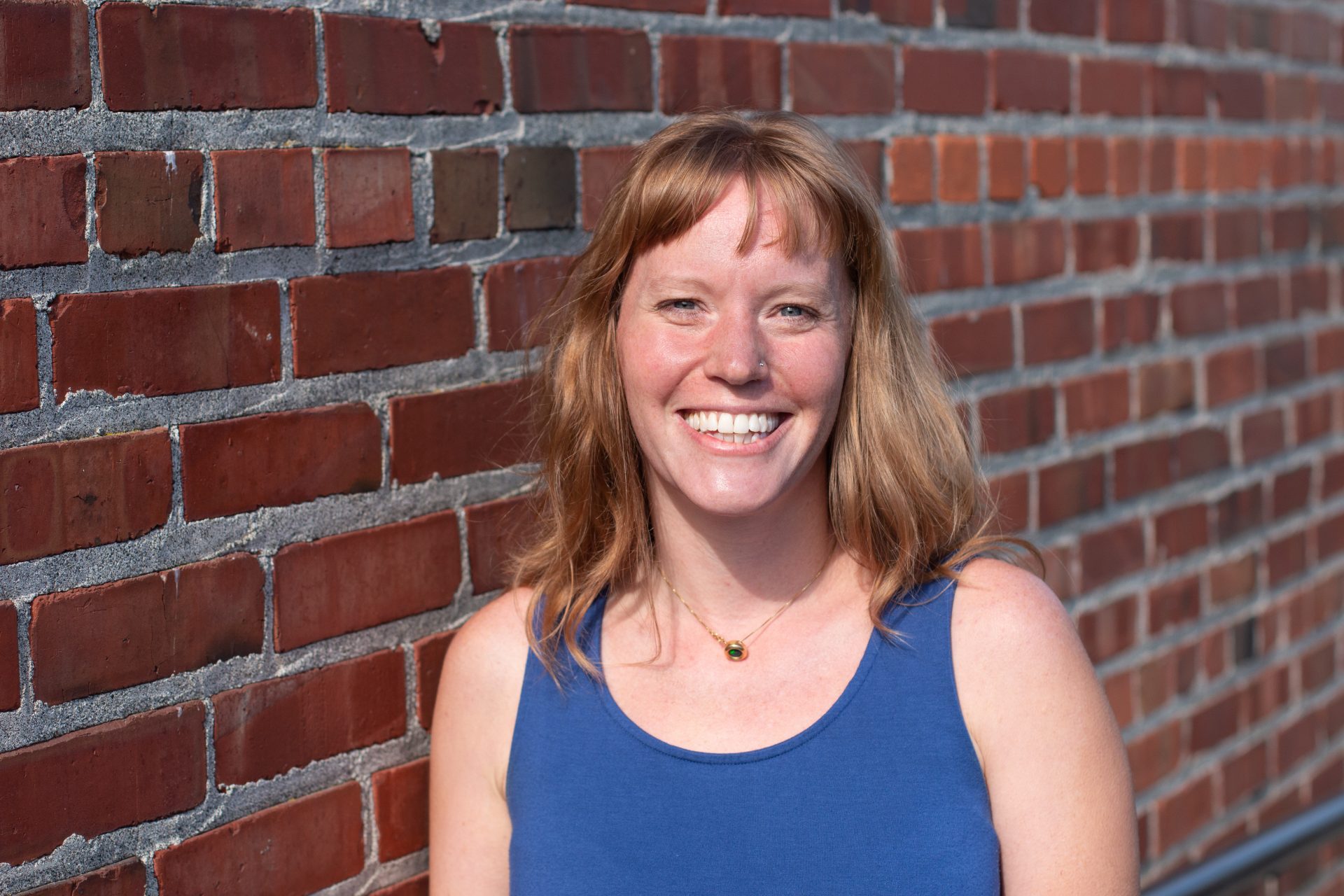 Brandi loves connecting with our community and helping to inspire a brighter future. She’s beyond ecstatic to be part of the Toward Zero Waste and Food Recovery Initiatives where she has the opportunity to have an active role in shaping effective programs that promote sustainable practices. Originally a Midwest native, Brandi arrived in Bellingham in 2006 to pursue a degree in Environmental Conservation from Fairhaven College at Western Washington University. Since graduating, she has passionately pursued and developed an authentic understanding of practical approaches to natural resource management. Whether it be working with private landowners through Whatcom County to protect water quality, or educating the public through specific outreach programs, Brandi’s unwavering commitment to our community is a constant.

Outside of work, Brandi enjoys participating in all of the unique and exciting community events in Bellingham, as well as hiking the hundreds of trails nearby with family. 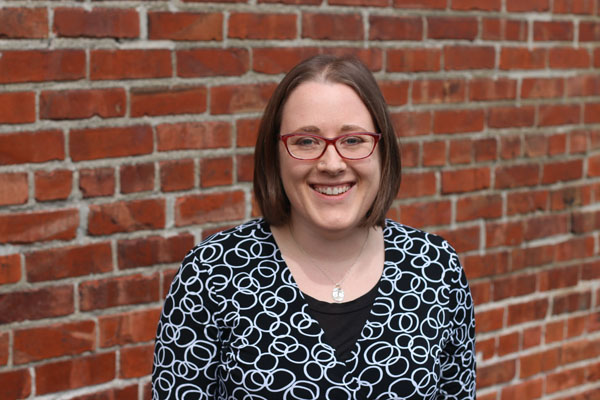 Emily believes there are exciting and elegant ways to help people use fewer resources, while at the same time increasing their happiness, comfort, and prosperity. She is a Certified Energy Manager and a certified energy efficiency enthusiast! Emily pursued a Bachelor of Environmental Science and minor in Sustainable Design from Western Washington University. She has previous experience educating residents around recycling for Whatcom County and also low-income weatherization for the Housing Authority of Skagit County. Whether she is performing energy assessments at local businesses or educating homeowners about the Community Energy Challenge, she is excited to help people find the sweet spot between reducing environmental impact and increasing well-being. Emily is also a mentor with Women in Energy Mentoring Network, helping to inspire the next generation of change-makers and innovators. 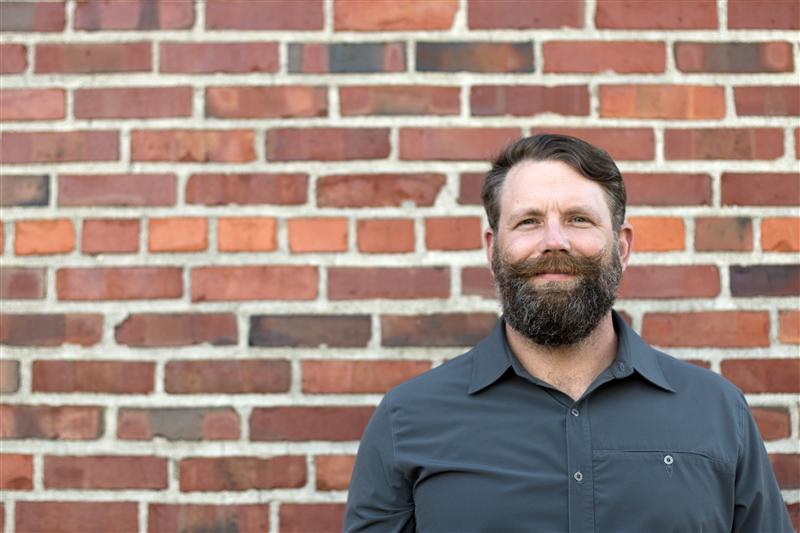 Orion holds a degree in Clean Energy Technology, many certificates in green building, business, and sustainability, and is currently pursuing a bachelor’s degree in Energy Management and Policy at Western Washington University. Orion loves big-picture thinking and is inspired to find energy solutions for the complex and interrelated systems energy is a part of (we think he may be the key to solving our regional energy challenges by 2040!). He also enjoys educating people about how to find energy-efficient strategies that work for their buildings and finances. With nearly 20 years of experience in carpentry and construction, including commercial solar installation and LED lighting design, Orion understands how to navigate the art and science of energy efficiency so that it makes practical sense for any business. 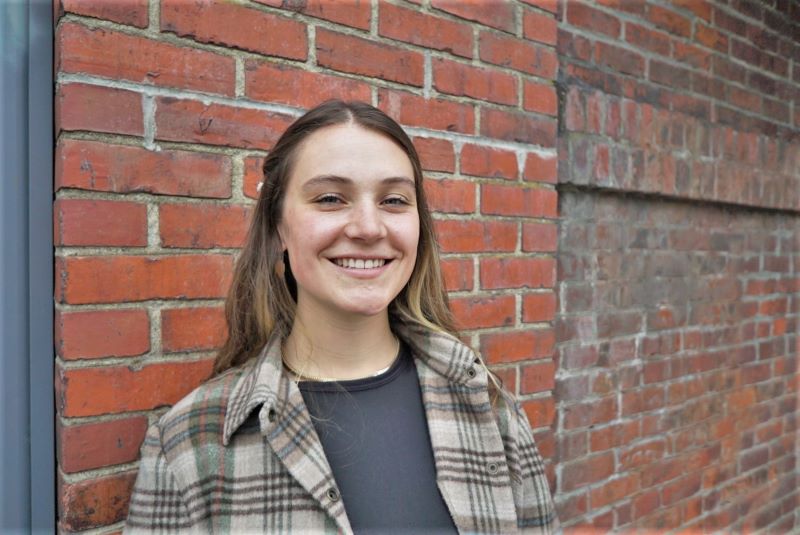 Katy came to Bellingham searching for a home away from home. She grew up in Jackson, WY with the Grand Tetons as her backyard. After moving to Washington, she became enthralled by the North Cascades and the Salish Sea. Katy inspired her peers to challenge themselves in these spaces by guiding backpacking trips for WWU’s Outdoor Center and teaching kayaking lessons at the Community Boating Center. Her love for the outdoors influenced her career path of working within the energy and climate industry. Katy earned her B.S. in Energy Science and Technology at Western Washington University in 2020. After completing her degree, she explored a few industry-related opportunities such as conducting a Greenhouse Gas Inventory and calculating the Carbon Offset Credits for Methane Reduction Projects. She is excited to be a part of the Sustainable Connections family and to continue to learn about energy efficiency technologies and green buildings in the greater Bellingham Area. 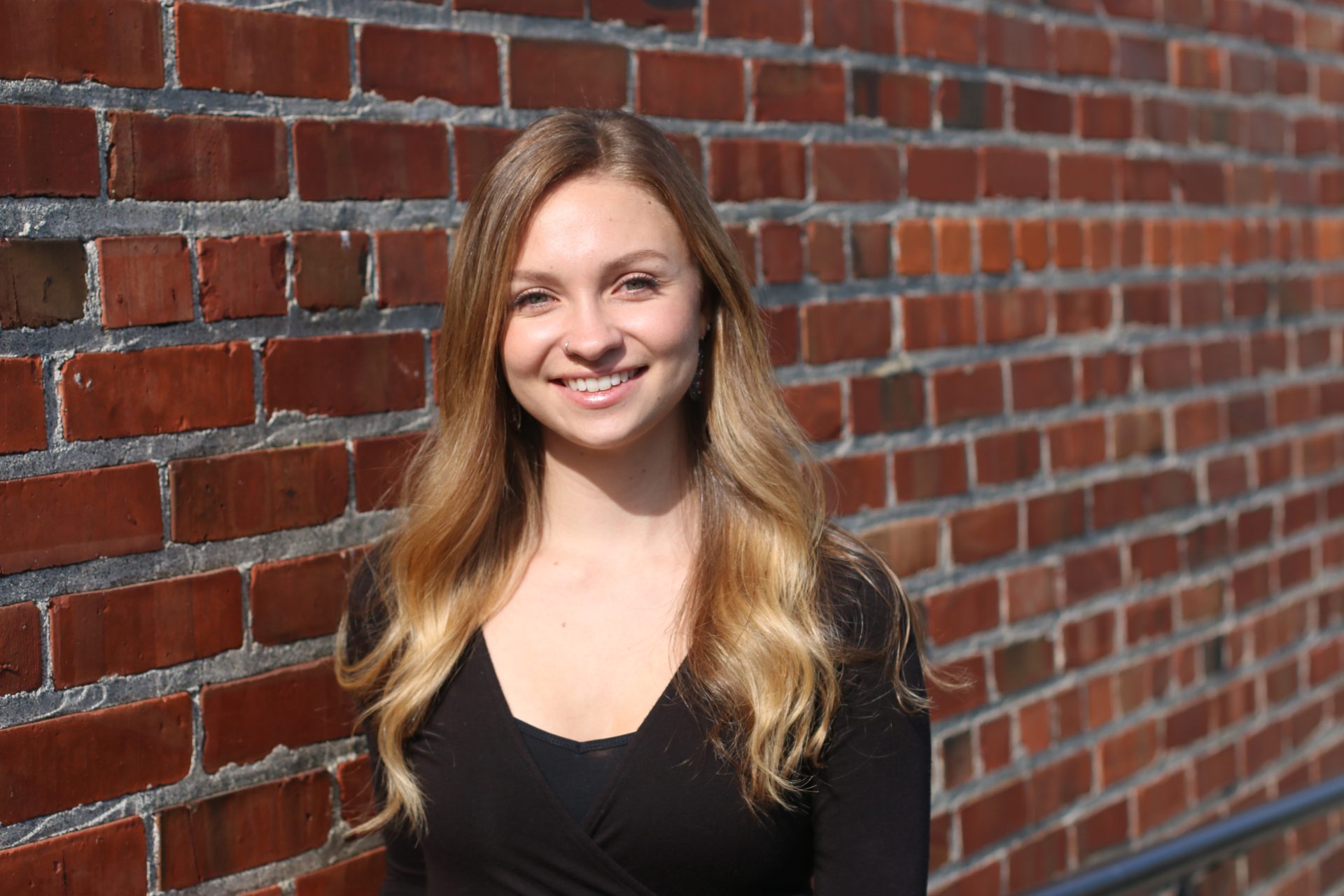 Taylor never quite felt at home until she moved to Bellingham in 2016. She joined the Sustainable Connections team in Spring 2018 as an intern before being hired on in 2019 to work in both the Green Building & Smart Growth and the Energy Efficiency & Renewables programs. Taylor graduated from Western Washington University with a B.A. in Environmental Studies and minors in Energy Policy and Economics. Her passions lie in urban planning where she has worked on projects locally and abroad. Taylor is honored to be a part of a team that puts community first, and she is committed to helping create a Bellingham that makes everyone feel at home.