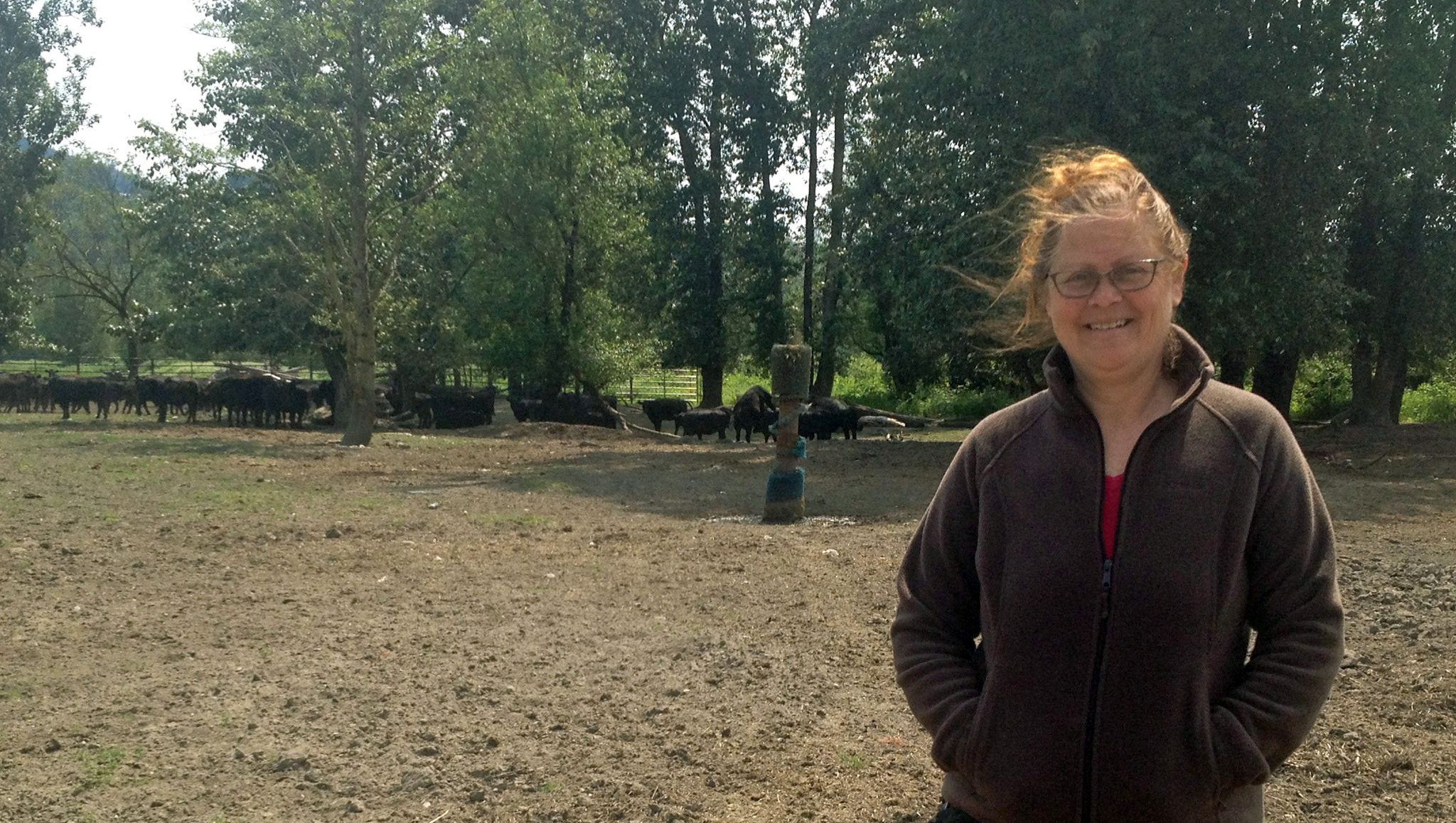 We all have that one friend. You know who I’m talking about. The person whose relationship with their pets is so strong that you often have to clarify whether they’re telling a story about one of their children or one of their dogs. This person inevitably lies somewhere on the spectrum between the Disney version of Cinderella with her small vertebrate assistants, and the stereotype of the cat owner who’s lost count of the herd.

This level of devotion to animals is often associated with things like vegetarianism and a strict devotion to animal rights. But what if I told you that someone who loves animals as much as anyone you’re likely to ever meet, is raising beef cattle in Skagit County? At first glance this may seem like a contradiction, but in many ways it’s perfectly logical.

My first visit to the farm and homestead, Skiyou Ranch, I was greeted not only by Tarie Benson but by her two dogs, Shep and Tucker. After introducing me to them, she told me “This is why I can’t go to the shelter. I can’t say no and I come home with another dog or cat.” Shep was a recent rescue after she made one such stop at the NOAH shelter. 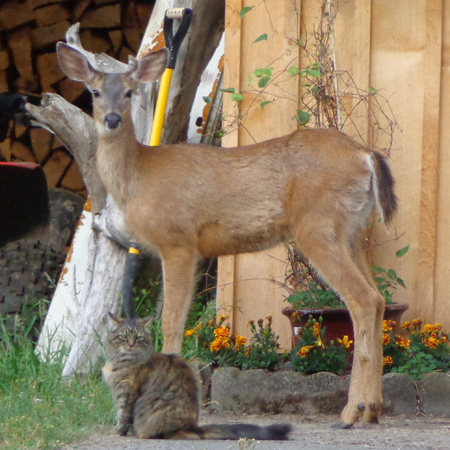 Dogs and cats are far from the only animals that Tarie looks after, though. A local raccoon, who earned the moniker Bruce, became a pet of sorts. She never actually took Bruce in, for both legal and practical reasons, but fed him and allowed safe passage. By contrast, many rural residents would regard Bruce as a vermin and give him a round of buckshot as a parting gift.

Tarie and her partner Lonn also delight in the migration of elk across their property year after year. The majestic animals are revered and allowed to roam free across their Sedro-Woolley property. “The elk can be a problem,” she explains, “but we came and built on their home, so we let them be.” Meanwhile, a herd of well over 200 cattle graze on the lush vegetation. Most of these bovines are destined for slaughter, but Tarie and Lonn make it a priority to give them the best life possible. 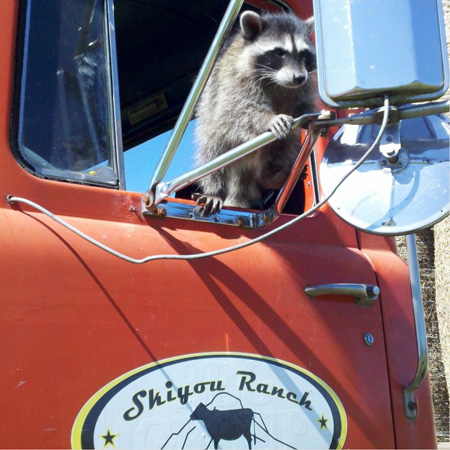 And it’s not easy work. Lonn’s grandparents emigrated from Norway to Bow, initially forming a dairy farm and later moving upriver. Two generations later, Tarie and Lonn decided to build a herd of cattle for beef production and have been at it ever since. While they have a son, Heath, who intends to return to the farm soon after a military career, it’s currently just a two-person operation. If you’ve ever had to take care of any type of animal or child, you can appreciate the ratio of two people caring for literally hundreds of very large animals. And caring for animals humanely and responsibly adds to the level of effort required.

But they both love the work they do, and the attitude has passed down through the generations. Heath, can’t wait to get back and help with the farm and family. He says, “A roof over my head is just a place to live, but the farm is home.” It’s a testament to the love and care that the family puts into their animals.

The cattle they raise are treated like pets. One calf, affectionately named Skippy, wasn’t able to nurse, so Tarie had to bottle feed him. Now when she calls his name he comes running to her like a dog would. While this behavior is cute, she’s understandably wary of what this relationship might look like when he weighs 1,000 pounds. 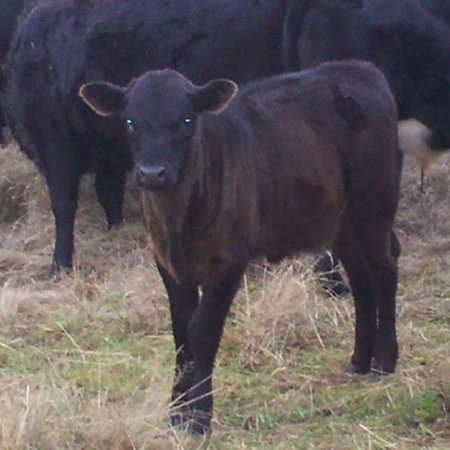 Ultimately the cattle are raised for beef, and the quality of the beef is the main draw. Happy animals who have lived good lives simply taste better than those who live in confinement and eat poorly. Sharing this bounty with others is a huge part of Tarie’s satisfaction. “It’s heartwarming that I can do what I do for others and share what we’ve had for four generations with other people,” she says wistfully. She tells me that she found her true calling around age 35–to care for animals–and I believe her. Hearing her talk about calves that need to be bottle fed is reminiscent of a mother, and I truly feel the bond is of the same order.

As the sunny day comes to a close, I stop to take a look back on the landscape. Tucked into a bend on the Skagit River, the farm is inundated with the fertility of the river and the salmon who have passed through for many generations. I’m almost envious of the cattle whose lives consist of nothing but eating good food and enjoying the scenery. I can’t even truly imagine the amount of effort that one couple must expend in order to provide for this enormous herd. But sometimes, it’s more about the quality of work than about the quantity.

You can purchase Skiyou Ranch meat on their website, through Barn2Door (wholesale purchasing), or at the farm stand at 21 Acres.