The No Good, Very Bad Week In Food Waste

Despite the best of intentions, sometimes the rigors and realities of a dual working parent household with three kids catches up with you. One would think with the vast quantity of food three teenagers can consume there would be no food left to waste but that is not always the case. There is no doubt that three active kids can shovel in the calories in copious amounts, and our kids are pretty darn good eaters and don’t usually leave much, if any food on their plates.

This past week, however, was different, and just plain got away from us. Along with active kids come packed schedules with varying soccer practice times and after-school commitments, and when combined with a few la 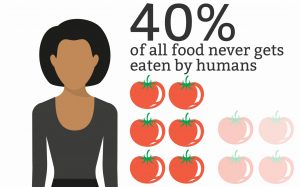 te nights of work on the parent side, you have a recipe for wasted food. We had the best of intentions–our meals planned for the week and smart shopping done–only to be foiled by the unforeseen bumps in the road. As a result, our harried schedule left too much on the plate, getting cold, not properly stored, and no longer edible.

The more I deal in the world of food waste as a professional, the more it pains me when I do not hold up my own end of the bargain on the home front. However, like when working with the numerous and various businesses to help them reduce wasted food, I was determined to find ways to improve. With a little reflection on the no good, very bad week of wasted food, it was relatively easy to determine some better actions.

First, better meal planning and preparation is a great place to start. One of the things I am most thankful for is the ability and opportunity to be able to prepare meals, and we generally sit down and eat as a family. Where I went wrong this week was planning the wrong meals on the wrong days. It is not smart to plan for veggie stir fry on a quick turnaround soccer practice night when you don’t have your veggies prepped beforehand–and deciding on the longer cooking brown rice instead of white rice was another mistake.

So, right there we were running behind and instead of encouraging my kids to take a smaller portion and eat again after practice, I told them to load up. They did, but they couldn’t possibly eat all the food in such a short period of time; then we’re out the door, the food still on the plates and marinating in the food safety danger zone–no good for leftovers anymore. Next time around I will make sure to have the veggies prepped, go with shorter cooking rice, and encourage smaller portions.

Later the same week–a delay at work and another quick turnaround to soccer, and I forgot to defrost the chicken breasts for BBQ chicken burgers. This wa 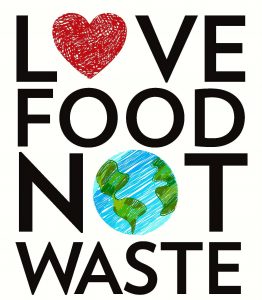 s just enough to set us back again, and I made the same mistake of putting a hefty chicken burger on the plate. They ate half of it; this time we got the other half in the fridge before we left, but alas the kids weren’t super hungry when we got home. Instead, they had a snack, and the leftovers slid to the back of the fridge where they languished too long – again inedible. Next time I’ll be smarter and know that refrigerated soggy chicken burgers aren’t going to be high on the leftover appeal list for kids. Instead, I will serve a smaller burger, or in the event they don’t eat the whole thing, I’ll pull the chicken and freeze it for a later use. My wife makes awesome chicken potpie, and these chicken tidbits would have worked great.

We all have those crazy weeks where things just don’t go as planned. Nevertheless, with a little forethought and quick thinking when plans unexpectedly change, things can go differently. I hope that my mistakes show it happens to the best of us, and a couple of the tips I shared will help you keep the plates clean, the bellies full, and the wasted food to a minimum.