Trashin’ it at Home 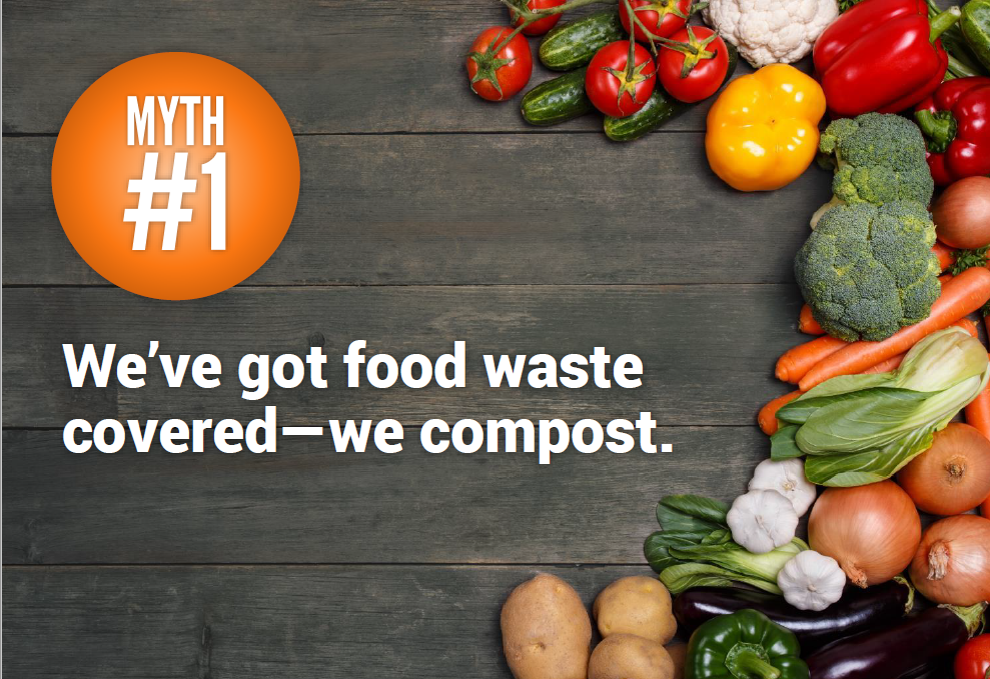 “Never believe you’re better than anybody else, but remember that you’re just as good as everybody else.” – John Wooden

I love this quote from John Wooden on so many levels. For those of you who aren’t familiar with Mr. Wooden, he gained lasting fame as the UCLA Men’s Basketball coach by winning 620 games in 27 seasons and 10 NCAA titles during his last 12 seasons. He had a unique approach to coaching and the internet abounds with his teachings, motivational quotes, and philosophies. Those philosophies are rooted in personal responsibility, effort, and humility.

It has often been said that it is an indelible human tendency to overstate our own self-importance and good deeds. This is not to say that many of us do not do many good things, but rather that we have a tendency to feel we are doing better than we really are. Sometimes it takes a good look around to gauge where we are really at and take stock of what efforts we are making.

This past year we have been diving deep into food waste and uncovering all sorts of tidbits–some tasty; and some not so much. The good news is that both the immense problems surrounding food waste and the waste of resources for producing food that is wasted is starting to get the attention it deserves. In fact, a recently released book by Paul Hawken, Drawdown: The Most Comprehensive Plan Ever Proposed to Reverse Global Warming, shows reducing food waste ranked 3rd out of the top 100 things we can do to mitigate climate change.

This brings a up a current narrative we need to work on – composting. But, composting is good you say! Yes, it’s true that compos 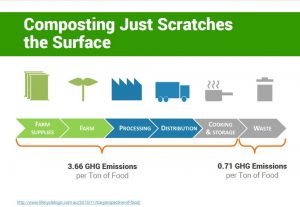 ting is good–but it just scratches the surface and provides a false sense of success. Nearly five times the amount of greenhouse gas is emitted in the process of growing food and getting it on our plates than is emitted on the waste end of things. Recent surveys indicate that nearly three fourths of respondents say they waste less food than the average American. Additionally, respondents said that discarding food doesn’t bother them because they compost it.

Thankfully, in our community many businesses are working hard to reduce the amount of food they waste and find alternatives to the landfill for food that is not used. On the home front, we can do our part by refocusing and reminding ourselves that we too have room to improve–and it can make a big difference. The average American family of four loses $1,500 a year on wasted food. And food is the #1 item in landfills.

A great website full of tips to help you reduce your food waste is savethefood.com. Like many things we are working to improve, it comes down to awareness and mindset. Once you have opened yourself up to making changes, you will find yourself getting creative with your cooking, more thoughtful on grocery store trips, better at meal planning, and at eating those perfectly delicious leftovers – even if it is for the third day in a row!