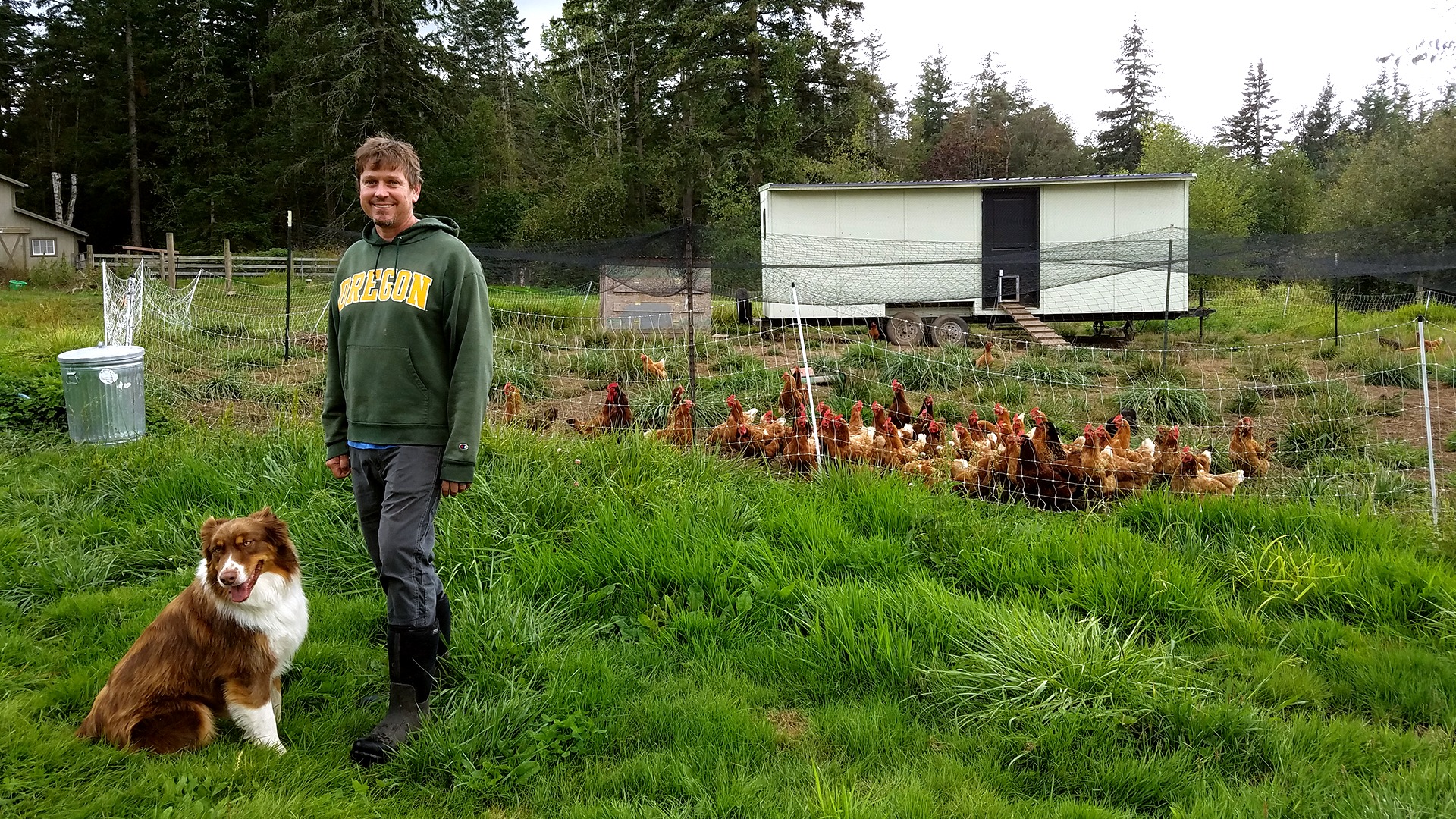 The Cost of a Local Chicken

I held the largest pear I’ve ever seen in my life at Wild Acres Farm, just outside of Bellingham. It was, without exaggeration, half the size of my head. They really know how to grow them! But, Wild Acres doesn’t sell fruit; they raise chickens, ducks, turkeys, and pigs for meat and eggs.

Brian and Beth Rusk are from everywhere and nowhere. New to farming, though it runs back through Brian’s family for generations (like all the way back to his first ancestors that came in the 1700s). His family farmed in the Midwest, growing corn, soy, and alfalfa. And though farming is in Brian’s blood, and he can feel it in his bones, he’s reshaping conventional models, and hopefully, shortcomings in how we grow and raise our meat. 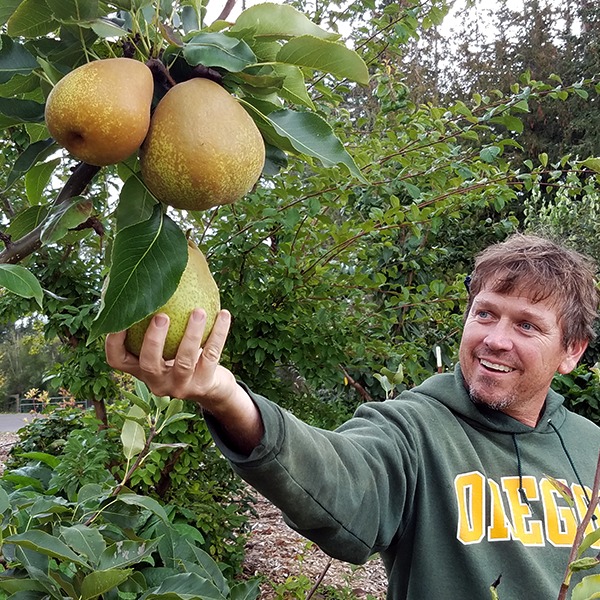 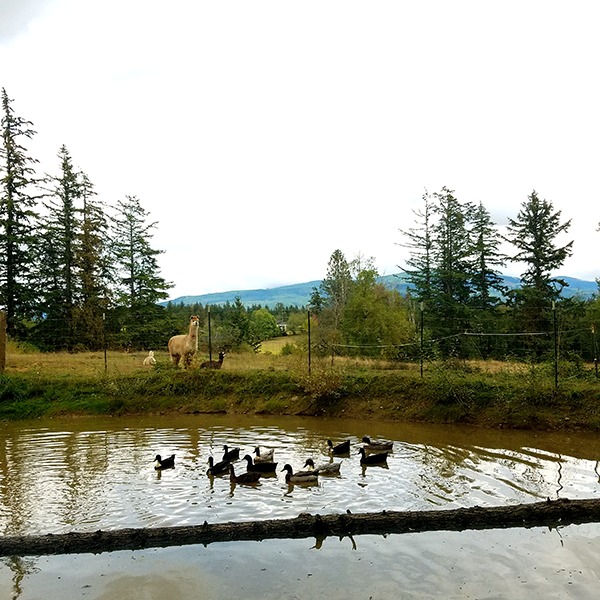 “I’ve always been interested in the food system and wanted to fix the food system and help create a healthy food system. I’ve been disheartened by the way things are, the industrial model. Especially with meat. Believe it or not, I was actually a vegetarian for six years! If I’m going to eat meat I want to be sure it’s going to be clean, meat that was raised consciously, and slaughtered well. Once we moved out here we saw an opportunity. The life of the animal, the earth, and the health of people we can fix on a very small scale with ourselves here.”

While lighthearted and funny by nature, Brian takes the responsibility seriously. He says the slaughter is never easy and owns the contradictory nature that comes with being a meat eater. “If I’m going to do it, I want to be responsible about it. What I don’t want is to brush it aside or ignore it.” The words ring true, and I think, resonate with the many out there who strive to eat meat in a conscious way. 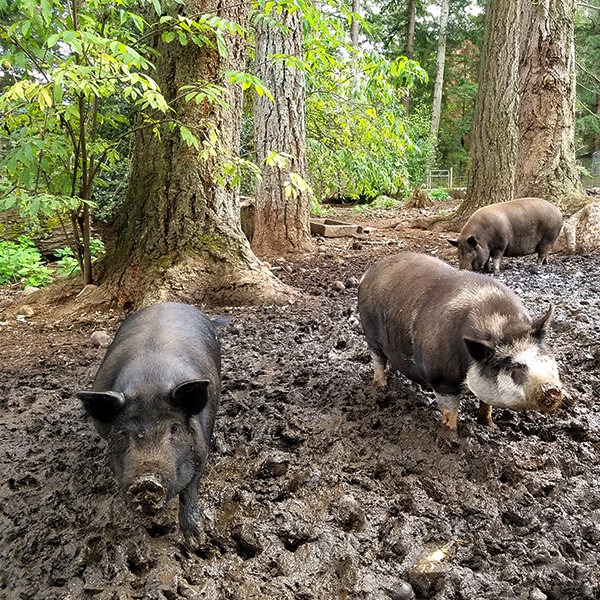 The farm is idyllic. Ducks roam free and swim happily through their pond, the alpacas (family pets) looking over them. Pigs root around their forest plot and wallow in mud pits they’ve made. Turkeys hunt, scratch, and peck for bugs in the pasture. All animals are raised on pasture. They eat organic grain, and garden scraps and (along with the turkeys) are moved around the fields to give nutrients back to the land and contribute to the health of the soil.

I think it’s safe to say that all omnivores like the idea of farms like these. They might even think this is what most meat farming looks like, and then pale at the price of meat marketed as local. But the truth is, your run of the mill meat, from the mega-grocer down the way is not the same. 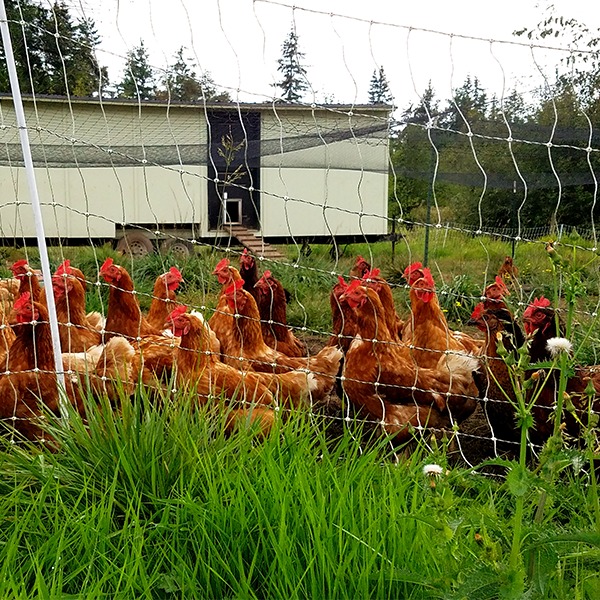 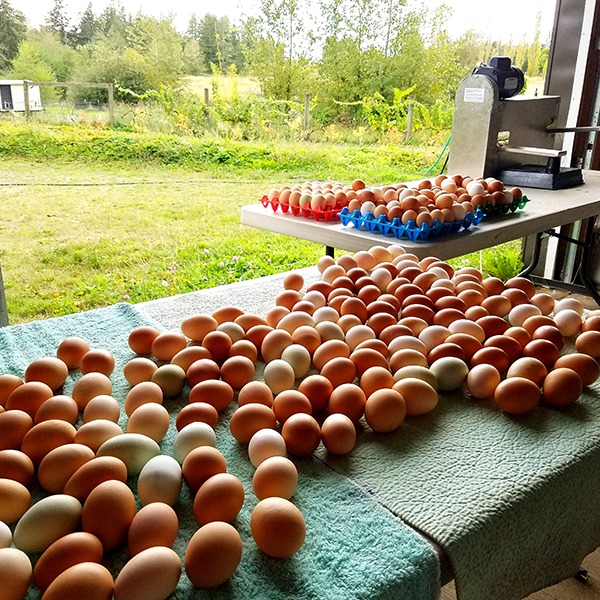 Here is the cost breakdown: chicks cost $1, chickens cost $8 in feed, and (for a small producer) it costs $4/ea to butcher. That’s $13 in built-in costs for a 4 pound bird…if its growth rate is good and it lives to be 4 pounds (there are the birds that don’t make it due to predators, weather, and chickens being mean to each other, among other things. A normal attrition rate is about 10%).

This also does not take into account the cost of labor, land, and farm infrastructure like fencing for free range birds. You’d need to add at least another $5 for each 4lb. bird. We are now at $18 per bird, at 4lbs. Now think about other business costs like designing labels, and paying someone to create and host your website, and marketing. These costs can be soft, and the cost per pound is already much higher than conventional prices, so Brian doesn’t add them in. 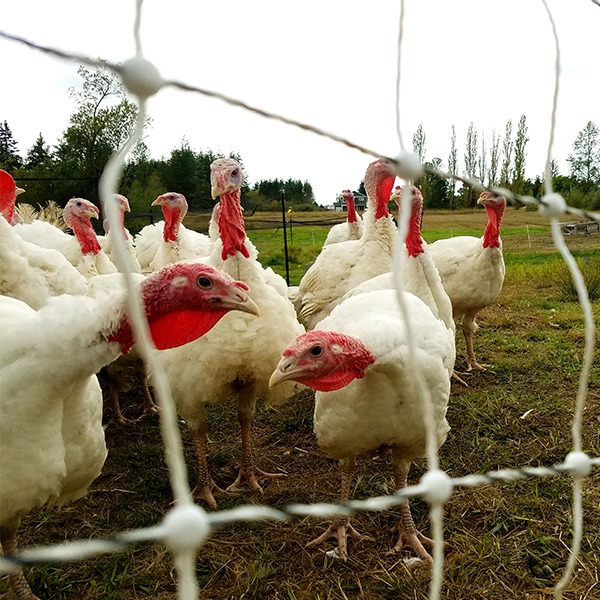 In the end, he charges $5.50 a pound, which is on the low end. His margins are tight, as are many local meat farmers, at around 10-20%. Really, this should be higher: $7 a pound would create a more sustainable model. But this price is already way above what restaurants and most people will pay.

Raising meat has high costs, and the way industrial farms beat those costs are to raise as many animals as possible on the land they have. The National Chicken Council (US) says that “Traditionally, a flock of broilers consist of about 20,000 birds in a growout house that measures 400 feet long and 40 feet wide, thus providing an area of about 16,000 square feet, or eight-tenths of a square foot per bird. As the birds age, they grow into this space. The Council for Agricultural Science and Technology (CAST) states that the minimum space is one-half square foot per bird, so industry practice is well in excess of this space requirement.”

Many of us want to be a part of creating a world, and food system, that is healthy, kind, and sustainable. For those of us who can afford it, we can prioritize it, we can budget for it. We can create a food system that is healthy and humane, we just need to buy from farmers like Brian. 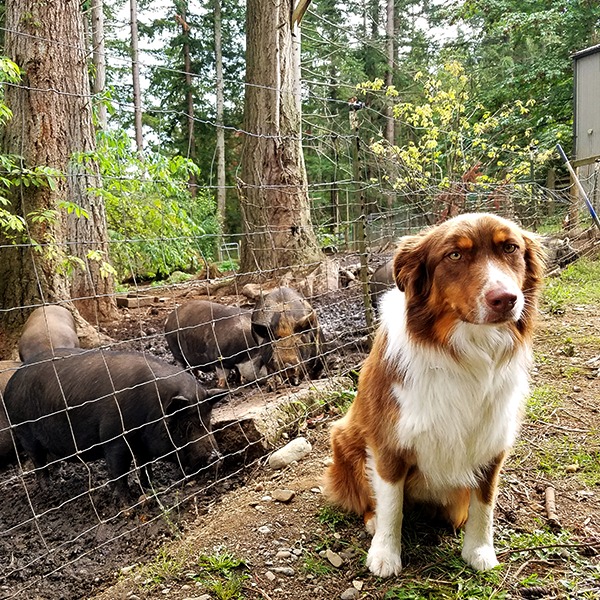 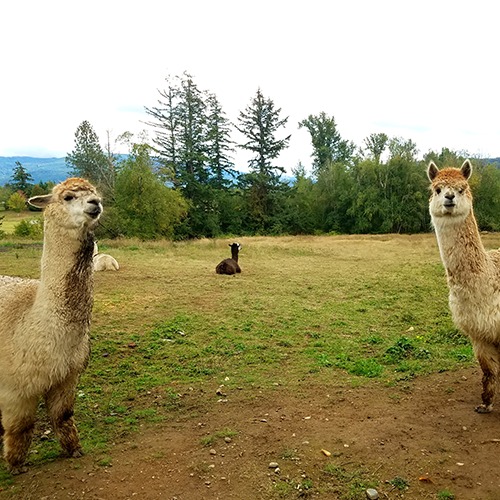 Brian has an egg delivery/subscription service and you can get chickens year-round from the farm. You can also order your Thanksgiving turkey from Wild Acres–the time is fast approaching so order now! His pork share is already sold out for the year but keep them in mind for next year, and remember that every meal we eat can be a vote for the kind of world we want to live in. One where farmers who work hard to make a difference can make a living wage, and while they are alive, animals have the freedom to live as an animal should.